During the 1860s and 1870s the Darwinian Revolution was in full swing. Darwin’s critics pointed out that the origin of life was not addressed and that there appeared to be many missing links among taxa both existing and fossil. Looking to fill such gaps, Ernst Haeckel thought he had discovered the primordial life form, composed of only protoplasm. A few years later, Thomas Huxley believed he found living protoplasm covering the deep-sea floor and named it Bathybius heackelii. Bathybius was soon admitted to be an artifact of preserving seawater with alcohol. The cultural and scientific context and sequence of events surrounding Huxley’s Bathybuis have been extensively studied (e.g., Rehbock 1975, Rice 1983). Here the focus will be on the Bathybius illustrations of Huxley and Haeckel. First, some context and the sequence of events will be provided in ‘A Short History’ and then the illustrations of Huxley and Haeckel will be presented. Huxley’s little known illustrations are quite different from those of Haeckel’s and later adaptions of Haeckel’s illustrations. I posit that the quality and characteristics of these later illustrations likely contributed to a rapid acceptance, albeit temporary, of the organisms presented as ancestral to all living creatures.

A Short History of Bathybius

Interest in the question of the origin of life became quite keen in the 1860s following the advent of ‘Darwinism’. In 1865 Haeckel published the results of his studies of rhizopods (literally ‘root-feet’, amoeba-related organisms). He described as a completely new form, Protogenes primordialis, a creature that was only an amorphous blob of protoplasm. He declared it to be the simplest type of rhizopods and one of the very lowest beings of all organisms. Haeckel believed that protoplasm alone (lacking a cell membrane and a nucleus), could be a living creature. Furthermore, it might be formed from non-living matter and represent the original life-form. Thus, he wrote to Darwin of his discovery saying “Among the new Rhizopoda of Nice the Protogenes primordialis might interest you as one of the simplest of all creatures, an organism without organs, homogeneous throughout! The generatio aequivoca of such a living gelatinous mass is at any rate conceivable, and this would help the theory of descent with the difficulty of explaining the first origin” (Darwin Correspondence Project 2020).

Haeckel’s “Monographie der Moneren“, appeared in May 1868 (Haeckel 1868a) and was translated into English and published in installments in the Quarterly Journal of Microscopical Science, including two plates showing his primitive life forms (Kirby & Wright 1869). In August of 1868, Huxley gave a talk at the 38th meeting of the British Association for the Advancement of Science, “On some organisms which live at the bottom of the North Atlantic in depths of 6,000 to 15,000 feet” and in October 1868 his observations were published in the Quarterly Journal of Microscopical Science (Huxley 1868). He reported on the results of his examination of samples of deep-sea mud collected 10 years earlier, which, at his request, had been collected and preserved with alcohol. In the deep-sea mud, he found what he described as a new “Moner”, Bathybius, and named it Bathybius haeckelii. There is no direct evidence that the appearance of Haeckel’s Monern monograph motivated Huxley’s examinations of 10-year-old samples. If it did he would have to have done so between May and August in 1868. However, the monograph is cited in Huxley’s paper and he wrote to Haeckel in October of 1868 to tell him of his new paper saying “I have christened it Bathybius haeckelii, and I hope that will not be ashamed of your godchild”, promising he would send a sample of the mud with the paper (Huxley 1901, v1, p 317).

Huxley never did send a sample to Haeckel but Haeckel did receive a sample of deep-sea mud collected by Wyville Thomson and Carpenter from a cruise of the Porcupine in 1869. In 1870 Haeckel published “Beiträge zur Plastidentheorie” (Contributions to Plastid Theory) which included two plates, one illustrating specimens of Bathybius from his examination of the sample (Haeckel 1870a). Haeckel described Bathybius as ‘free protoplasm’ and a most important Monera. One of Haeckel’s 1870 illustrations appeared in an altered form in Wyville Thomson’s very popular 1873 book “The Depths of the Sea“, an account of the deep-sea expeditions of the Lightning and the Porcupine. The illustration, credited to Haeckel but hardly resembling the original, described as “an excellent figure” by Herdman (1923), would be widely reproduced and become a common representation of Bathybius.

Wyville Thomson’s book appeared as the Challenger Expedition began a worldwide exploration of the seas with Wyville Thomson as chief scientist. One of the many objectives was to examine deep-sea sediments. In August 1875 Huxley received a letter from Wyville Thomson, from onboard the Challenger, telling him that the expedition’s chemist (John Young Buchanan) had found that adding alcohol to seawater produced Bathybius. Soon after, in a letter in Nature, he admitted the error (Huxley 1875). In the following section, the illustrations of Huxley’s and Haeckel’s Bathybius will be shown and the qualities that likely led to the rapid but fleeting acceptance of Bathybius will hopefully be made apparent.

Huxley’s 1868 publication described and named Bathybius for Haeckel from his examination of preserved deep-sea mud thusly:

“I conceive that the granule-heaps and the transparent gelatinous matter in which they [referring to coccoliths] are imbedded represent masses of protoplasm. Take away the cysts which characterise the Radiolaria, and a dead Sphaerozoum would very nearly resemble one of the masses of this deep-sea “Urschleim,” which must, I think, be regarded as a new form of those simple animated beings which have recently been so well described by Haeckel in his ‘ Monographie der Moneren.’ I proposed to confer upon this new “Moner” the generic name of Bathybius, and to call it after the eminent Professor of Zoology in the University of Jena, B. Haeckelii.”

Huxley’s paper included a single plate, mostly depicting coccoliths, the calcite plates formed by microscopic algae such as the one now known as Emilinia huxleyi. Bathybius was shown only in 3 small, crude, drawings in Huxley’s plate (Fig. 1), simply labeled in the description of the plate as “Masses of the gelatinous substance”, not resembling any known life-forms. However, in 1870 Haeckel published the results of his examination of deep-sea mud in “Beiträge zur Plastidentheorie”, and showed Bathybius as a sort of amoeboid creature (Fig. 2), something plausibly alive.

During the short lifespan of Bathybius, neither Huxley’s nor Haeckel’s original figures appear to have been reproduced without substantial alterations. Most of the illustrations of Bathybius used a black background and were based on an element from the 1870 monograph shown in Figure 2. The first was by Haeckel himself. He re-drew a figure from his 1870 Monern Monograph (“3” in Fig. 2) shown as white lines on a black background, (Fig. 3A) in the 2nd edition of his book ‘Natürliche Schöpfungsgeschichte…’ (Haeckel 1870b). The next major adaptation of a figure from Haeckel’s 1870 monograph (Fig. 3B) was published in Wyville Thomson ‘s 1873 book “The Depths of the Sea“. All the details of the original were retained but the white background was replaced by a black background and the figure was rotated about 90° counterclockwise. The last portrayal of Bathybius by Haeckel appeared in 1878 in his book “Das Protistenreich…” (Fig. 3C). Like Haeckel’s 1870 adaptation, it was shown using a black background. Remarkably, none of the illustrations in Figure 3 bear much resemblance to Huxley’s drawings of Bathybius, the illustration from the original description (Fig. 1), and as such presumably the authoritative depiction of Bathybius. However, all are arguably more life-like than either Huxley’s or Haeckel’s original illustrations.

The illustration from Wyville Thomas’s book (Fig. 3B) was widely reproduced (e.g. Packard 1874) and even appeared in a review of the book (Anon 1873). The book likely reached many more people than Huxley’s 1868 article or Haeckel’s 1870 article. It was quite popular judging by the fact that it went through 2 editions and was translated into French. It seems reasonable to assume that Wyville Thomson’s illustration of Bathybius was the most widely known and contributed greatly to its fame – a fame much greater than had the only illustration available been those of Huxley or Haeckel. The image in Depths of the Sea showed a three-dimensional object by employing a black background.

In illustrating microscopic objects, the use of a black background to provide depth, resembling a stereoscopic view, was a well-known technique. For example, in Richard Beck’s treatise on the use of Smith, Beck and Beck’s microscopes (Beck 1865) a black background is suggested for illustrations of specimens as seen through a binocular microscope (Fig. 5A) and for illustrating dark field microscopy views (Fig. 5B). Beck even gave instructions on how to best appreciate such illustrations stating that such plates were best viewed lighted from the upper right corner and viewed with one’s eyes through a nearly closed hand to obscure the square edges.

The remarkable quality of the Beck’s plates shown in Figure 4 were noted in a review of Beck’s book (Anon 1865). In fact, the diatom plate (Fig. 4A) was used in a large fold-out format in Carpenter’s book ‘The Microscope and it Revelations’ in the 1868 (4th) edition and in the subsequent editions of the book. It would seem likely that J.J. Wild (who later sailed on the Challenger as a scientific illustrator), credited for the illustrations in the preface of ‘The Depths of the Sea’, was familiar with the illustrations in the book of Wyville Thomson’s close friend and collaborator in deep-sea exploration.

The Power of Pictures

While it is always dangerous to speculate, one can’t help but wonder what if Haeckel had not been given a sample of deep-sea mud? If Huxley’s 1886 drawings were the only in existence, it is likely that Bathybius would have simply faded away, like Haeckel’s Monern, rather than being remembered as an “inspired error” (Gould 1980), and “as one of the colossal jokes of science” (Nutting 1901).

Anon. 1865. Review of A Treatise on the Construction, Proper Use, and Capabilities of Smith, Beck, and Beck’s Achromatic Microscope by Richard Beck Quarterly Journal of Microscopical Science s.2: 273-275.

Beck, R 1865. A treatise on the construction, proper use, and capabilities of Smith, Beck and Beck’s achromatic microscopes. London: J. Van Voorst.

Herdman, W.A. 1923. Founders of Oceanography and Their Work: An Introduction to the Science of the Sea. London: Edward Arnold & Co.

Huxley, T.H. 1868. On some organisms living at great depths in the North Atlantic Ocean. Quarterly Journal of Microscopical Science 8: 203-212. 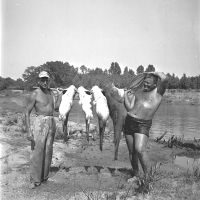 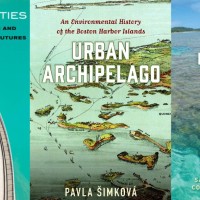 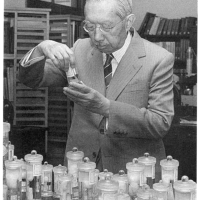 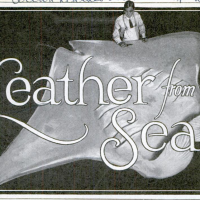 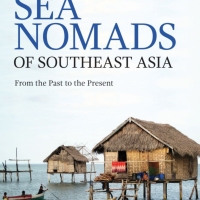 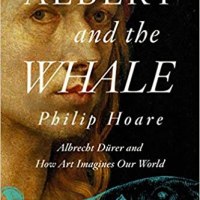 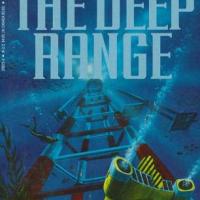 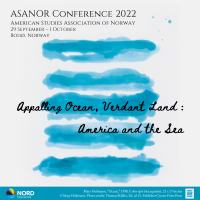 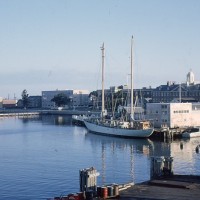